It's Good to Be the Bishop! 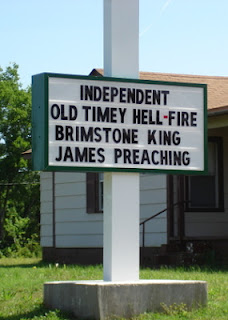 The wonderful and terrifying thing about St. Basil's sermon "To the Rich" is how truthful and forceful it is. He unequivocally equates the accumulation of wealth with a lack of love. He denounces inheritances as burdens that lead beneficiaries into sin, and he employs the claws of snark to evisceration those planning to leave their estates to charity. When I read this sermon, I find myself both cheering and wincing. It's a good word! It's a challenging word! It's exactly what needs to be said, but goodness, I can't believe he said it!

Basil adopts the voice of an Old Testament prophet detailing the inequality and injustice that immediately surrounds him. He doesn't attack this issue with rhetorical questions or a story from a distant region or a related movie clip. He unabashedly condemns members of his own congregation for their greed, their vanity and their selfishness. While our modern homiletics textbooks urge preaching students to refrain from using "you" statements in favor of the less personal "one" or possibly the bold "we," Basil doesn't soften his words by putting some hypothetical other on trial. He looks directly at his congregation and accuses them of these misdeeds:


You gorgeously array your walls, but do not clothe your fellow human being; you adorn horses, but turn away from the shameful plight of your brother or sister; you allow grain to rot in your barns, but do not feed those who are starving; you hide gold in the earth, but ignore the oppressed! ... Indeed, you refuse to give anything, insisting that it is impossible to satisfy the needs of those who beg of you. You profess this to be true with your tongue, but your hand gives you the lie; silently, your hand bears witness to the falsehood, flashing as it does with the jewels from your ring. How many could you have delivered from want with but a single ring from your finger? How many households fallen into destitution might you have raised? In just one of your closets there are enough clothes to cover an entire town shivering with cold. You showed no mercy; it will not be shown to you. You opened not your house; you will be expelled from the Kingdom. You gave not your bread; you will not receive eternal life.

Who can stand the force of this word? Who can bear the assault of this word? And who can find the strength to wield it against her congregation? Basil had the privilege of being bishop. This word didn't put him at risk of offending elders who would then call for his resignation. As professional clergy we are in the nearly impossible position of being charged with proclaiming a prophetic word while finding ourselves obligated to appease the trustees who supply our livelihood. Rather than bite the hand that feeds us, we're forced to nibble, to offer a little love nip that might convey a message without offending. That preaching offers veiled suggestions of sin, allegations of guilt and insinuations of responsibility with the hope that listeners might solve the puzzle we've put before them and discern what we're really trying to say. At what point though can we no longer risk a misunderstanding of our words? With a global economic crisis, ongoing wars, xenophobia, homophobia, racism, ageism, misogyny and bigotry, is it time to replace our "some people" with "you" and our "they" with the names and faces of the people we've hurt? Is it time to risk being plain with our language because we can no longer risk being mistaken? Is it time to go full on Basil with our congregations?
_____________________